Many dog owners are aware of the safety issues of keeping a dog locked outside, and often they feel more secure with a doggie door and a secure backyard that the dogs are not able to escape from.  While there are still some safety issues with doggie doors we recently came across a situation where it wasn’t just about whether the dog could get out, but what could get in.

When it comes to your pets, your private property and people coming into your yard, it is important to know the laws in your state, and where liability lands if there is an incident involving your pets.

After hitting a ball into his neighbors yard, a young boy decided to take matters into his own hands.  He got a ladder and went over the fence to retrieve his ball.  He assumed since he had met the dogs previously, and they were little dogs, there wouldn’t be an issue.  As the boy landed in the dogs run, nearly on top of one of the dogs, he was nipped in the back of the leg by one of the little dogs.  He climbed back over, at which point his mother saw him.  She immediately questioned what he had been doing, and he admitted the dog had bit his leg.  While it was a very minor bite, there was a little bit of a break in the skin. After calling the local pediatric urgent care, the mother was instructed to bring her son in.  She had no intention of filing any complaint, or even mentioning who the neighbor was and had taken full responsibility for what her son had done.  This of course was not up to her.  Once the bite was mentioned, they scared her into giving her neighbors information.  A bite report was filed and animal control was contacted.  She notified the neighbor to let them know what had happened and to inquire about the rabies shot.  The neighbors were contacted the following day by animal control, and told that they would need to buy a license for the dog, and that he would now have a file at animal control regarding the bite.  While this dog was fully vaccinated, and in his own yard, liability for the bite still fell on the dog’s owner.  The dog was also placed on a 10 day quarantine where he was not to leave the house under any circumstance within that time.  The owners had to purchase a license from the county for him and make sure he remains registered every year.

It is important to know the laws and regulations in your area regarding your pets. This dog had a doggie door that led to the dog run.  He was inside of a 6 foot privacy fence, that was fully secured.  Even though someone entered his area, and he was only protecting the home, the homeowners were still the liable party.

Dog owners often do not think about these types of situations when installing a doggie door, or allowing a pet have access to the yard.  While doggie doors can be very convenient, it can also lead to a lack of control as to what the dog has access to.  All of this occurred while the dog owners were home, yet they had no idea what had occurred outside.  Placing a “Beware of Dog Sign” on the fence does sometimes deter some from jumping a fence or entering a yard, though it may not deter the resourceful, mischievous child next door.  It is also important to keep your dog vaccinated for any vaccines that are required by law.  If this dog had not had a rabies shot, the boy would have had to undergone many anti-rabies vaccines, the dog would have been taken to animal control to be quarantined under their supervision, and the owners would have been fined.

When going out of town and leaving your dog with access to the yard it is important to still have someone come check on your dog at least twice a day.  This can insure that any major issues, such as escape, injury, or some sort of toxin, can be addressed more timely than if the dog is only seen once every 24 hours.  It is also very important to make sure dogs with unlimited access to the yard are vaccinated.  This will help prevent any diseases they can get from wild animals, and protect them and others if they get loose or something ends up in the yard with them. 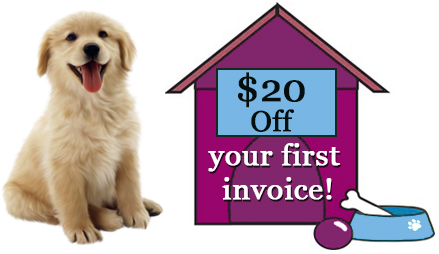 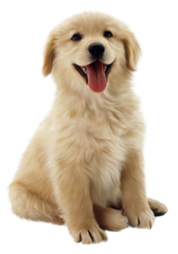 Enter your name and email address below to get your $20 coupon off your first invoice!